Seams’ new album, Quarters, is the follow up to the Tourist and Sleeper EPs released last year. On Quarters, the UK born Berlin based James Welch has put together a pretty notable string of new tracks featuring some rapid fire synth work that is a good indicator of the album’s upbeat style.

Quarters is an easily accessible record filled with electronic beats you’ll be delighted to hear. The songs have an amazing energy that flows through them. Track one, Clap One, starts with faint noises that sound like a steam train chugging along the tracks before the wavering organ notes fade in. Clap One then becomes a fast paced number full of punchy bass and heavenly synths. 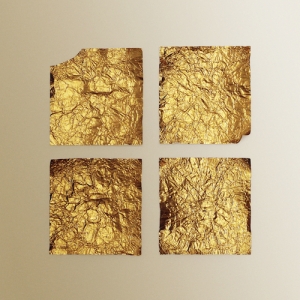 Track two, Constants, is very different from the first track. It is heavily dance inspired lending it to be the perfect song to blast out in a club. On the back of Constants comes Pocket which has a distinctive sound in comparison to the first two tracks. Its structure, repetitive notes and gradual building tempo give it an other worldly and alienated feel. It’s a disorientating number but juxtaposing this are the soft synth noises and electronic bells that can be heard in the background which have meditative qualities. It is those noises which you listen out for over the repetitive droning heard in the forefront of the song. Surprisingly, Pocket has a soothing effect on the listener even through it’s disorientating nature.

The remaining tracks on Quarters; Sitcom Apartment, Iceblerg, Hurry Guests, Rilo and TXL are all songs that fit that relaxed, intellectual cafe scene. They are definitely songs which you can easily imagine being played in that niche and quirky cafe you love to go to to sip your coffee and read your philosophy book on a Sunday morning. There is something about these songs that instigates a feeling of meditation, calm and tranquillity among the many layers of synths, electronic drum beats and organs. Jazz influences can be heard in the remaining tracks which is probably what places them into the slightly pretentious yet comforting zone.

Quarters is a wonderfully swooping and dynamic electronica album. Quarters is streaming in advance on Hype Machine.

Quarters will be released on September 16 through Full Time Hobby.