Since releasing his debut album (Some Kind Of Relief) in 2011, James has supported the likes of Xavier Rudd during his Spirit Bird tour, Ash Grunwald and the Boys from The Living End during their Gurgantua tour. In 2014 James released his second record, a five track EP recorded at home by the name of (Boy).

Secret Keeper is the brand new single from James that was recorded in his home studio over the course of a few months. 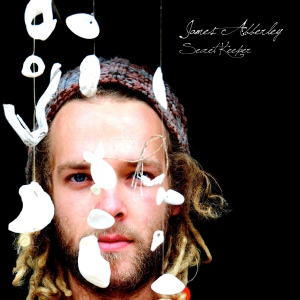 “It was one of those songs that I just kept coming back to, it came through so simply which made it feel like it was unfinished or missing something. But I have found that some songs work best in their most basic form and Secret Keeper I felt was one of them,” James says of the new single.

Secret Keeper is a song about a close friend of James Abberley’s. One of those people that others always seem to volunteer their deepest secrets and darkest tales to, who is then made to promise that they will never tell another soul for as long as they shall live. And so Secret Keeper was born.

Secret Keeper is a simple folk tune with no intended chorus or song structure, the song builds and evolves much like the secrets that the Secret Keeper holds. One of James’ influences, Laura Marling, uses this same roller coaster type progression in her music, almost as though the song is more of a lifetime recaptured than a traditionally written song. James mellow vocals and honest songwriting is an intriguing and comforting sound which come to a head in his new single, Secret Keeper.