You may have seen my previous post on Thomas Tantrum. Well, they have released details that they are set to release their new album Mad By Moonlight on June 12. Their newest single will also be released the week before on June 5, called Hot Hot Summer. This makes me happy.

After reviewing their previous single, Sleep, I’m glad to inform you all that Hot Hot Summer is just as fantastic. Having matured greatly since their debut in 2008, Thomas Tantrum have produced some great pop tunes for their newest album adventure. 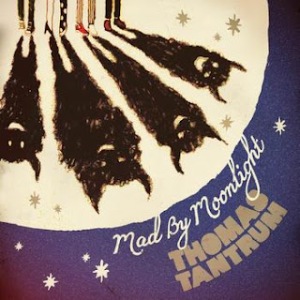 Hot Hot Summer show off Megan’s vocals and the innocence that’s within them. With a knack for writing memorable choruses, Thomas Tantrum are able to hook you into a song after the first listen. Trust me, you’ll be pressing the repeat button.

With summer fastly approaching, this is a great song for hot days sunbathing on the lawn. Megan’s vocals have a charm about them, although the lyrics are sad, the way they are sung makes the whole song sound happy. Surprisingly, this works well.

There’s something about this band which sets them apart from other indie bands. I don’t know what it is or how to explain it but they have that something. One aspect that I love about this band is that the vocals are the main focus. They aren’t shrouded by any of the other instruments. Some may argue that that is because the musical accompliment is basic but that doesn’t matter. This band makes great, easy to listen to, happy music. What more can you ask for?

If you’re a fan, they have an upcoming tour starting on June 7 to 23. For more information, visit www.thomastantrum.co.uk.

So I’ve recently heard that Thomas Tantrum have, in fact, had remix of their newest single, Hot Hot Summer, done by Will Sanderson under his new guise of GWAIIU.

Starting off rather slowly and annoyingly with the beeps, this version actually gets quite good. 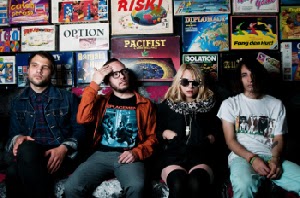 The long introduction becomes quite boring after a while but eventually the rest of the music kicks in and it begins to sound like a song rather than just a couple of irritating noises.

The ex-Chew Lips member has completely revamped the song using darker tones than the happier, pop version. With more futuristic and electronic sounds, he’s made a rather indie-pop song into a solid electro/dubstep song.

Megan Thomas’ vocals fit this genre of music perfectly. Her voice is so versatile, it literally sounds good however and whenever she sings.

In some ways, this remix fits the undertones of the song better than the pop version. The lyrics are sad yet Thomas Tantrum’s version is happy. Will Sanderson has perhaps, more successfully, captured the essence and darker tones of the tune. Well worth a listen.