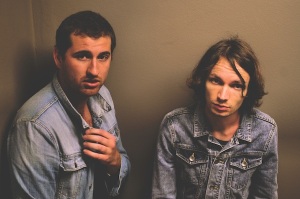 The Ninjas are a high energy rock duo from Brisbane, Australia returning with their latest single Never Had Much Time.

Recorded with Australian super producer Magoo this release sees the band take another giant leap forward with slicker production, bigger riffs and a stadium ready sound that is sure to get people dancing.

They’re early releases Yeah Yeah Yeah and Kill Em All gained the band an impressive following online and will all appear on the bands debut EP which is due out this August.

Dan and Amy are a brother and sister duo from Melbourne, Australia. Sometimes Life is the second single from their debut EP due for release in July, following the first single Pretend.

Recorded in a majestic bluestone church in Melbourne, the result is a dreamy yet driving folk song that builds to a spectacular and moving bridge. Think Mumford & Sons with slightly higher vocals…

Brother and sister, Dan and Amy Arnott have been singing together forever. From a young age, they were carted around to music festivals all around Australia; they were raised on the festival scene.

After the launch of their debut single Talk in 2013 and subsequent radio play on ABC 774, RRR and PBS, Dan and Amy Band released their second single, Pretend, in February of 2014 to rave reviews all over the net.

Pretend was the first single released off their debut Sometimes Life EP set for release in July. With the nostalgic yet driving second single, Sometimes Life, about be released and an album on its way, 2014 is an exciting year for Dan and Amy and their band.

Their latest single, Sometimes Life, will be released on July 11.