It is a truth universally acknowledged that bands outstay their creative welcome, distracted by the gaudy excesses of fame and fortune, so how lucky we are that Captain Wilberforce, with his new Distance E.P. has never encountered such a fate. Leeds’ most tenacious purveyor of idiosyncratic alt-pop refuses to bow to the current 80’s zeitgeist, (having already suffered it first-hand the first time round) and instead look to classic songwriters like Mssrs Bowie, Costello and Bacharach – as well as their more recent counterparts Guy Garvey and Sufjan Stevans – to inspire timeless, cultured tunes that ear-worm their way into your life.

The four new songs on Distance reinforce Captain Wilberforce’s growing reputation for compelling melodies, cascading harmonies and crafted lyrics: these tunes ooze class, self-belief and a relaxed confidence that only comes with years of song-writing experience.

Friends of the band include Huey Morgan and Tom Robinson of BBC 6 music and Dermot O’Leary who invited the self-managed, self-released and self-promoted band to record a prestigious Saturday Session following the launch of their Ghost Written Confessions (2011) album.

Inspired by the song’s title, Moyes modelled a series of 3D vignettes that celebrate the physical similarities between outer and inner space. Bacteria, body tissue and natural landscapes all form parts of Moyes’ mesmerising microscopic universe.

Jackson Muir of Mosman Alder said on the video: “It was a new experience for us to let go of being involved in our art but it made sense to give Kris complete control. He had clear vision and we have a lot of respect for him as an artist and his previous work for
Kirin J Callinan, Grizzly Bear, Beck, Sia and others.”

Germland (of Julien Charbonneau) is the first single from Mosman Alder’s debut album, Humdrum Star. Due for release in September, Humdrum Star was recorded under the guidance of producer Paul Dempsey (Something for Kate) who describes the Australian six-piece as: “One of the best bands I’ve heard come out of Australia in a really long time”.

Formed in 2011 by musician and visual artist Sebastian Arnstrom, the band’s debut album Infinite Traffic Everywhere topped the Critics Chart in Sweden. Now expanded to a five piece including brother Erik Klinga on drums, Mathias Zachrisson on guitar, Maja Agnevik on additional vocals as well as Wilhelm Magnusson on bass, the band has shared stages with Mount Kimbie, SBTRKT, Tony Buck and Niki & the Dove among many others.

The five new tracks onYouth, reissued by Austin’s Red Eye Transit, offer up more of the band’s signature sweet pop sound; from the honeyed harmonies of 2012 which recently premiered at CLASH to the joyful breeziness of Echoes in Your Heart, the new Youth tracks exhibit the musical qualities that have earned them the title of “one of Sweden’s most interesting pop acts to come out this year.” (Noisey).

Simain Ghost are celebrating the charming video for the title track Youth on The 405; the video was filmed during the band’s inaugural US trip to South by Southwest Festival in Austin, TX. To achieve the timelapse imagery, the band rented out a trampoline park for the day while the festival was going on and produced a bittersweet video that conjures up the feelings of the breezy summer ending.

If you were looking for a talented singer-songwriter waiting to break out, the Goldman Sachs trading floor might be the last place you would look. But that’s just where Danny Ferraro spent his last five years, plying out his daily trade. In 2014, after years of ambivalence and second-guessing, he finally summoned the courage to make the leap and pursue music full-time. 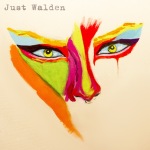 Danny’s first band experience occurred in 2005 during his first semester at Columbia University where he met future Just Walden musician, Taylor Eichenseer. They built a following around campus; playing shows at parties and various venues around the city before releasing a self-titled EP in 2008. After graduation, the group added childhood friend Alex Margolin and Taylor’s brother, Aaron. They built a studio in their apartment and started experimenting more with their sound. This new group was short lived though: Danny’s job took him to London where he nonetheless continued to write songs. The rest of the group founded the band Wildcat Apollo in Brooklyn eventually relocating to their hometown, Austin, TX.

Before Just Walden finally materialised as a band, principal songwriter Danny Ferraro had a significant reoccurring dream. “It was all the members jamming to a song that had this unique, rocking, contiguous sound with the piano as the central rhythm.” It was the increasing recurrence of this vision that gave him that extra bit of courage to leave his job. This final step resulted in his move to Austin where he rejoined the rest of the gang and helped form the new group, Just Walden – named after the pond made famous by author Henry David Thoreau.

Just Walden’s debut, High Street Barton Blues, barrels out in a glorious haze of psychedelic piano rock, a spiritual and soul-searching experience. Some of the material, which is based on Danny’s experiences in Central London, was informed by the harsher elements of coming-of-age while other songs on the record are beaming with encouragement and sanctuary found upon return to his band.

Just Walden have recently placed their latest track, Romie Knows, on Soundcloud for fans to download.

The Calling Card Release New Compilation Album, You’ve Got A Lot To Learn

Welsh band The Calling Card have collected all of their demos from their first album, Everything You’re Not, as well as demos for new songs and have produced a 21 song compilation. The compilation is titled, You’ve Got A Lot To Learn and is now up for free download on bandcamp. The title comes from the lyrics for the first song the band ever recorded, Weight Of The World.

The new 21 song compilation contains classics from Everything You’re Not such as Weight Of The World, Lets Stay Young and Cross My Heart among others while also introducing new tracks Caligula, Neon Lights, We Are Just Kids And We’re Never Giving Up, Day In/Day Out, Hayley’s Got Me In A Spin, Someone’s Watching Me, Stop The Sun and We’re Not Anywhere. There is also the odd live or acoustic track or remix. 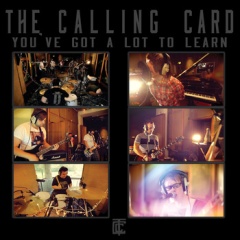 Caligula is a heavy rock number whereas Neon Lights is a pop song with uplifting acoustic rhythm guitar and a happy, summery drum beat. It will make you feel good, especially in the gloomy winter weather. It’s a song about returning home, “Run away/Run away from the city…Take me up/Little space ship/Take me up/On your runaway train/Take me up/In your little black car.”

We Are Just Kids And We’re Never Giving Up is a solemn new track comprising of Benj’s vocals and rock ballad music while Day In/Day Out sees The Calling Card return to their Blink 182 style pop/rock. Hayley’s Got Me In A Spin brings back their summery, acoustic sound perfect for a love song. Someone’s Watching Me is particularly heavy for The Calling Card, focusing primarily on rock guitar riffs which are slightly overpowering.

Stop The Sun is your typical The Calling Card song while We’re Not Anywhere sees them try their hand at a slow, meaningful and lyrical song. This is the equivalent of Everything You’re Not’s Lost @ Sea. Benj’s vocals are soft, emotional and coherent. It’s a welcome surprise near the end of You’ve Got A Lot To Learn.

Not only have The Calling Card released this new demo CD but they are also going to be releasing a new track, one per week for every week of 2014. It’s all going to be collected at the end of the year under their new album titled 52. Just like the demo album, You’ve Got A Lot To Learn, it’s all going to go up on bandcamp and YouTube and will be completely free for everyone. Watch this space in 2014 for more details.