The Texan native, Emily Wells, is preparing to embark on an exclusive 10 date tour around the United Kingdom.

Wells celebrates her debut UK double-album Mama which was released earlier this year. The 10 track album came complete with a separate disc of acoustic recordings of the record.

Emily Wells broke into the public eye with her album The Symphony Dream Memories and Parties which included the popular Symphony 1 Barrel of a Gun. Since then she has continued to catch the attention of the music industry with her unique blend of instrumental accompaniment to her emotive slam poetry–esque lyrics. 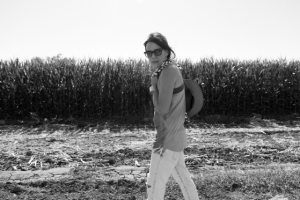 Wells looks to build on her coverage with gigs from the 7 December right through to the 17 December. Wells opens the tour with an intimate gig in Start the Bus located in the centre of Bristol. The gigs continue around the United Kingdom stopping off at Manchester, Leeds, Glasgow, Dublin, Leicester, Cardiff, Brighton, Guildford with the tour coming to an end at the Lexington located in the nation’s capital. The majority of Emily Wells’ tour dates over the years have been in the U.S however these 10 gigs in early December give Wells’ UK following the chance to catch her live.