Following on from last year’s collaboration with Sufjan Stevens and Serengeti as s/s/s, Son Lux will release his third full-length album Lanterns on 29 October via Joyful Noise Recordings. 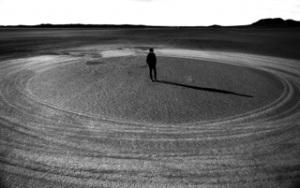 Pitchfork described the new track Lost It To Trying from Son Lux as: “…a loose rock song of sorts filled with compelling spare parts– synths that scree high like seagulls, a fidgeting horn section and some chattering flutes; a exchange between a dexterous live drummer and some drum programming. The choral singing is reminiscent of Sufjan but the sound– brainy and muscular, propulsive and complicated, mournful and celebratory– is all Lott’s own.”

Son Lux will celebrate the release of Lanterns on 4 November 2013 at Joe’s Pub in Manhattan, NY.

Lanterns will be available to buy from 29 October.

One response to “Son Lux Unveils New Track, Lost It To Trying”